London GO is our annual 5-day, Monopoly-inspired mission. Teams visit every place on the London Monopoly board to preach the Gospel, engage in Gospel conversations, give out Gospel literature & copies of the Gospel of John, and offer prayer. ​London GO is a fantastic opportunity to preach the Gospel and share Jesus on the streets across the city of London as part of a wider mission. Why not join us in April?
Apply for London GO 2023
​If you have any questions about London GO, please contact us
London GO ~ 2022

​​We give thanks to God for sending so many workers along with us into the harvest field (Matthew 9:35-38), throughout this year's mission. We’re particularly thankful for our partnership with OAC Ministries GB who - along with our entire team of volunteers - served so faithfully throughout. We were also delighted to be joined for the first time by members of OAC Ministries Norway, who utilised their skills whenever & wherever possible, to reach the lost of London with the Gospel.

Throughout this 5-day, missional initiative, we're pleased to report that both teams had countless Gospel-centred conversations, placed the word of God into the hands of unbelievers, and prayed for many people. As usual, our volunteers were split into two teams (Team Race Car & Team Top Hat), who shared the Gospel at all 26 Monopoly properties throughout London. Whilst some passers-by only observed the preaching from a distance, others drew close to listen in and engage the team in conversation. In one instance, team member Marios had quite a long conversation with an Indian gentleman, who indicated that he "pray(s) to the clouds". Later, he allowed Marios to introduce him to the creator of those clouds, in sharing the Gospel with him. Elsewhere, team member Kevin shared the Gospel with a man who was initially reluctant. He returned a Gospel that Kevin had gifted to him twice, before eventually receiving it gladly, alongside prayer in which Kevin asked that the Lord would reveal Himself to him.
​
​London GO ~ 2021

​Even in the midst of uncertainty caused by a pandemic, we're thankful to God that this year's London GO not
only took place, but truly thrived!

In continued partnership with OAC Ministries, we were blessed to have been able to co-host London GO together once again - in part, due to being able to resume collective, large-scale missional activity, following the unpredictability of 2020.

​We thoroughly enjoyed serving alongside various representatives of churches and ministries from within London and further afield, who helped reach people with the Good News of Jesus in a city that so desperately needs the life-saving gift of relationship with Him.
​ 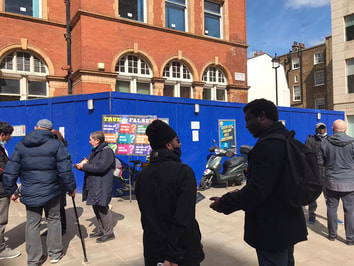 Once again, volunteers were split into two teams (Team Race Car & Team Top Hat) which collectively shared the Gospel at all 26 locations on the Monopoly board, over the course of 5 days. Whilst acknowledging and adhering to the current COVID-19 restrictions & guidelines, we regularly sought to initiate Gospel conversations with passers-by, handed out hundreds of tracts and prayed for a variety of people. We were even able to draw people's attention to Gospel-themed street presentations, which incorporate art and public participation, to help share the Gospel in a relevant and engaging way. ​​

Despite the cold, windy weather, we praise God for the fact that He consistently drew men and women to himself, across the five days we had together. We count it a pleasure and a privilege to have connected with so many people who had burning, unanswered questions, were hungry for God's word or wanted to know more about Him and the love that only He can bring. We were greatly encouraged by an encounter between a team member and a girl who was seen reading the Bible, but noted that she was unsure of what it all meant. This prompted the team member to share the hope of the Gospel message with them. Please join us in continuing to pray for this girl and all of those who heard the Gospel message throughout the week, asking that the Father would continue to draw them into His loving arms. 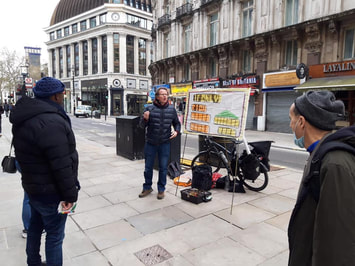 ​
​Whilst London GO has previously included a residential aspect, we were unable to do so for 2021's mission. Rather, we turned to Zoom - like so many other people in this pandemic - to ensure that we had a platform for team prayer, briefings, and a space to encourage one another. A very special thank you to all who were able to make this year's initiative so special, despite the difficulties posed by COVID-19. 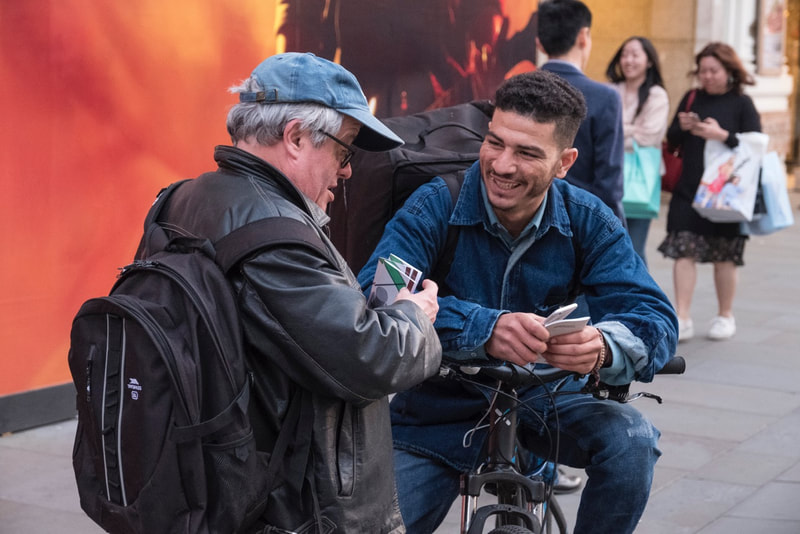 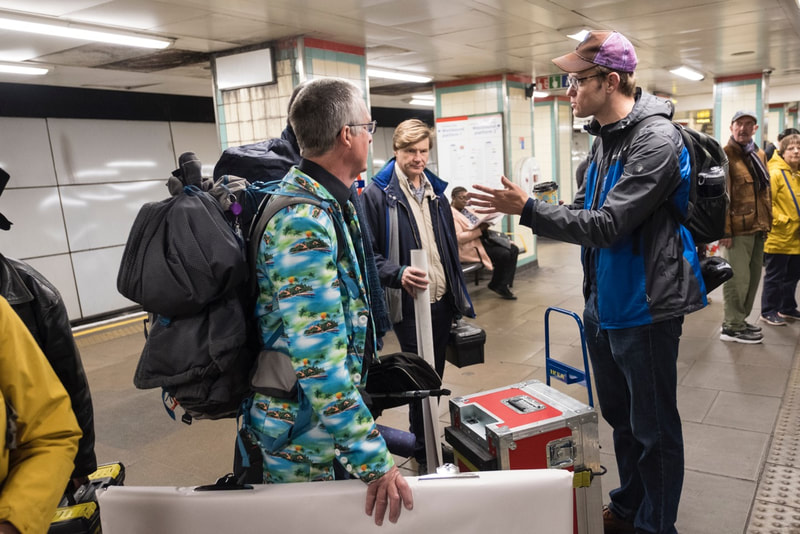 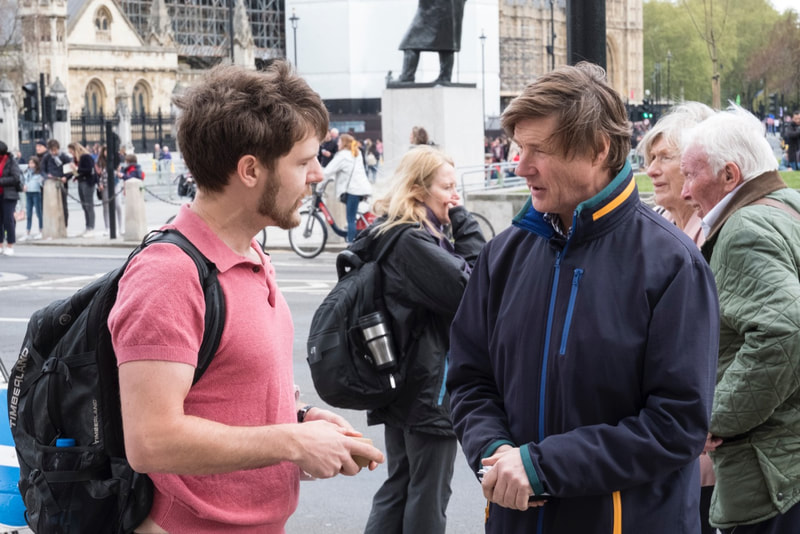 In April 2017, whilst enjoying a McFlurry after an outreach with the Hungarian team who were with us at the time, I had an idea: What would it look like if we preached the Gospel at every place on the London Monopoly Board? Fast forward one year, to April 2018, in partnership with Open Air Campaigners, we saw the vision become a reality. Two teams, Team Top Hat and Team Race Car, headed out each day from our base at a church in Stratford (St. John’s). People at every place (all 26 properties!!) on the Monopoly board heard the Gospel over the course of the five-day mission. ​(Gareth Hides)
​On Friday evening, the teams headed to the smallest road on the Monopoly board: Vine Street. It’s effectively a back alley behind Piccadilly Circus. The team planned to do the outreach just off Vine Street, where it links to Regent Street. As some of the team were going through the alley to see Vine Street and take a picture, though there was no one around, three young French guys, Regis, Felix, and Yohan, walked past and a team member engaged them with one of the Chance/Community Chest Gospel flyers. It turned out that Yohan was a Christian, and though the other two weren’t, they were open to hearing the Gospel message, and spoke with some of the team for almost an hour. They weren’t ready to make a commitment to Christ but received prayer and took a French Jesus Film DVD each. It’s amazing how God brought people along to hear the Gospel on one of the quietest streets of London, at one of the quietest times of day!